Being the Publisher of this very website gives me access to all the most interesting granular data. For example, I know that only about 5% of the people (or bots, however you identify) who visit this website are located in Canada. I’m not talking to them. I’m talking to the way more than 50% of you who live in the United States of America. Down here, we’re only about to fully realize Letterkenny’s destiny as the great comedy show of its generation.

Before we get ahead of ourselves, let me give you the scoop on Letterkenny: it’s a situational comedy about a fictional town in rural Ontario, Canada. It revolves around the lives and problems of several social groups: The Hicks, led by leading man and show creator Jared Keeso as Good Ole’ Boy Wayne; The Skids, led by night-walking meth prodigy Stuart; The Hockey Players, an sneaky-great duo named Riley and Jonesy who endeavor to wheel, snipe, and celly, and occasionally they explain what some of those things mean; and a revolving carousel of small-town denizens, each of which is never what you might expect.

Letterkenny is a show about rural culture that is perhaps more forward-thinking than most shows from the city. It is not a shy show, full of vulgarity and brushes with darkness. But in the end, it’s a real good time.

Previous to this week in America, we were only legally allowed to access two seasons of Letterkenny on Hulu, while our friendly neighbors to the North have access to five (six, actually, as of Christmas Day). No, it isn’t fair. But that’s the way she goes…

Until a few weeks back, when Hulu announced that seasons three and four of Letterkenny will drop on December 27th. While not everything we’ve wanted, it was a nice gift.

What a brilliant gift for the masses — a good-hearted, sensible, rambunctious comedy import that should be watched far and wide. It’s inspired me — as a ɗ𝔦ᥱ-hard fan and Unofficial Director of the Letterkenny for America political super PAC — to be generous, as well. My gift to you, dear reader, is a guide to each denizen of Letterkenny’s best episodes. Something to help you get to know your new best friends.

This character, brought to life by series creator, producer, etc. Jared Keeso, is the foundation of this show’s success. Pick any episode of Letterkenny. That’s a good Wayne episode. Having watched him in numerous interviews, I’m convinced that who Jared Keeso is, as a person, is essential to what makes Wayne a special character. It’s also essential to what makes a lot of this show works. What I’m saying is that Wayne is great because there’s a little bit of Wayne in every Letterkenny character. And he’d be a little grumbly about me saying that, as well.

When we first meet Daryl, played by Nathan Dales, he’s a bit of a punchline for all the best Wayne and Katy jokes. The show itself appeared to have had it out for Dary, given all the rabies and whatnot. But as you dig deeper into Lettekenny, you realize that Daryl has a rich inner life. And most of all, he’s a real sucker for a good tradition, which makes him great around the holidays.

At some point in your Letterkenny journey, you’ll meet a man named Bradley. They say Bradley is a ƙ𝔦ℓℓer — and that may be true — but there’s no ƙ𝔦ℓℓer like Katy, played by the razor-sharp Michelle Mylett. When asked if he was a feminist, Wayne once famously said that he trusts his sister Katy with just about any job over a man. He believes it. We believe it. And most importantly, Katy believes it. In a lesser show’s hands, Katy is an easy character to peg as “the woman in the group who is written like a man,” but there’s so much more going on here. Wayne might be the one who welcomes us to his world, but Katy is the one who runs it.

The fabulous foursome at the heart of all Letterkenny adventures is the show’s sweetness, Squirrely Dan, played by comedian K. Trevor Wilson. He seems like a pretty good guy. For the most part. And while he may have rightfully earned his nickname and can get quite squirrely from time to time, Dan is also a devout social justice warrior and follower of Professor Trisha, who teaches his Women’s Studies class. Hopefully we’ll get to meet Professor Trisha someday, but for now, Squirrely Dan is plenty to love. We just want to hug him.

Known as The Skids, this group of meth enthusiasts is often found to be an antagonizing force in Letterkenny. They game, they dance in parking lots, the commit petty vandalism, and they do it all while conjuring new synonyms for meth. Stuart (Tyler Johnson) is both thought leader and meth prodigy. Roald (Evan Stern) is his out-and-proud-and-loyal attaché. Connor and Darien exist mostly in the background. For a time, they are joined by Devon, who has a lot of weird energy. And Gae, who always cuts deep with her years of growing up the daughter of a psychologist. The Skids are trouble, but they’re always fun.

They might be morons, but Reilly (Dylan Playfair) and Jonesy (Andrew Herr) are our morons. In fact, they’re secretly the best performances you’re bound to see in an episode of Letterkenny. Their dynamic flourishes of linguistic artistry would be really impressive if they could spell any of those words, but they can’t. Just remember that no matter what, these two hockey studs keep it simple: life is all about working out, playing video games, chasing girls, and donkin’, which is a real thing hockey players say. Trust me on this. I’ve been to Canada.

Letterkenny (the show) has a clear love and respect for the native population living on a reservation adjacent to Letterkenny. You’re likely to also see Tiio Horn, who plays Tanis, breakout in movies soon enough, but for now, she’s busy stealing every scene of Letterkenny that she occupies. She’s the tough-as-nails ringleader of a badass gang, she’s a grillmaster, and she’s always poking Wayne where he doesn’t like to be poked. When Tanis shows up, it’s a party.

“Force of nature” is an often used and not-so-often properly applied term in the world of pop culture criticism. But Gail, as played by Lisa Codrington, is a real force of nature every time she saunters (or stumbles) into a scene. She’s the horny small town bar owner with a heart of gold and a penchant for breeding dogs. The vibe of any scene changes when she appears. And there’s no non-weird way to say this, because listen, I want you to understand that it comes from a place of deep appreciation — the way she moves her body is captivating in ways that are difficult to describe. You’ll know what I mean (and that I mean it in a non-creepy way) once you’ve seen the following three episodes…

Here’s my theory about Glen, as played by the show’s co-writer, co-producer, and director Jacob Tierney. I don’t think Mr. Tierney is as concerned with delivering any sort of complexity with small-town preacher in the sheets, freak in the streets Glen. And that’s fine. He’s a very seriously good director and a driving force behind the fact that this show looks way better than it has any right looking. But when he’s on-screen, he’s just going to do the weirdest thing possible. When it comes to WTF and WWJD, Glen never disappoints. 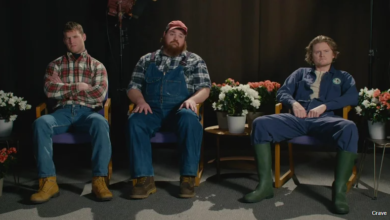 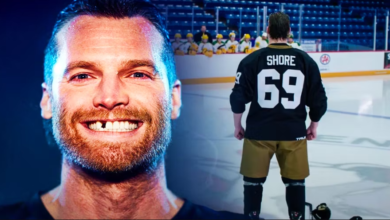 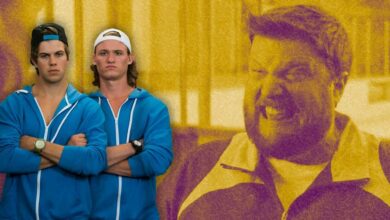 Letterkenny: Coach’s Behavior Is A Direct Result Of The Loss Of His Wife 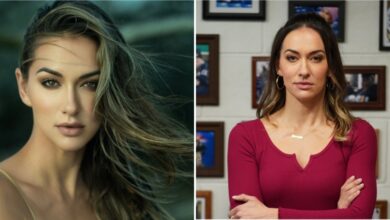