For the uninitiated, Letterkenny might be the smartest dumb show on TV. The basic premise—the misadventures of a group of hicks, jocks, goths, and townfolk in a fictional Canadian town—is simple enough. Each episode starts with a title card reading, “There are 5,000 people in Letterkenny. These are their problems.” But then everyone starts talking, unleashing torrents of fart jokes, puns, philosophical arguments, and moral stances at 10,000 miles per hour. If Gilmore Girls traded pumpkin spice for beer and flatulence, it might feel a lot like Letterkenny.

Our heroes are Wayne (creator/star Jared Keeso) and his best friends Daryl (Nathan Dales) and Squirrely Dan (K. Trevor Wilson), who mind a produce stand while getting drunk with Wayne’s kid sister Katy (Michelle Mylett). They’re simple folk with simple goals. Wayne wants to remain the toughest guy in town, Daryl is looking for love, Squirrely Dan searches for meaning in life, and Katy makes sure everything doesn’t burn down around them.

Their dirtbag hangs are defined by constant discussions about morality, modern society, and riffing off famous people named for flowers. For years the show has struck a delicate balance between having a plot and showcasing the guys just sh00ting the shit. Storylines, from a social network where people rate their farts to throwing the softest birthday party for a man in history, usually resolve themselves in one episode. Then it’s back to the produce truck to talk about whether a woman texting “LOL” constitutes ຣᥱ𝑥ting.

Shows like The Wire take a few episodes to click with viewers because of the sheer density of their plots. Letterkenny‘s learning curve is almost purely for linguistic reasons. Canadian slang, both real and made up, is a vital part of Letterkenny, from a character and comedy standpoint.

After a few episodes, you can immediately pick up on who a new character is simply by how they talk. What starts as a minor annoyance becomes a secret handshake of sorts the first time you know what “hooverin’ schneef” means. Letterkenny has always been a little bit of work to get into but it’s welcoming if you want to join.

That brings us to season 8, now streaming on Hulu. Starting in season 7, Letterkenny saw a greater focus on stories that span the whole season. That’s fine typically, but since season 7 ended on two cliffhangers, Letterkenny season 8 marks the first time new viewers need to play catch-up before joining the fun. Even if you’ve seen the show before, large chunks of season 8 won’t make any sense if you haven’t seen the previous season.

While the serialization of comedy shows isn’t anything new and writers have the right to grow over time, in this case, the change is jarring. Letterkenny has always rewarded viewers with inside jokes, but if you were willing to learn the slang, it was something you could start anywhere. Thankfully Letterkenny is a joy to binge-watch, full of lightning-fast jokes and silliness that hides a surprisingly sweet center. All eight seasons are streaming on Hulu, so if you’re new, know the early seasons are brilliant and pitter-patter yourself over to a streaming device.

We’ll be discussing spoilers for a moment, so if you’d like to go in fresh and haven’t seen season 7 step away from the screen.

Now that it’s just us fans, let’s talk season 8. The season starts with Wayne locking himself in his shed and binge-watching his favorite old sitcom after discovering his girlfriend cheated on him in season 7 finale. Wayne’s depression is a continuing theme throughout the season, as our hero grapples with a broken heart and loss of confidence.

One continuing plot would be OK, but the show also continues the story of jocks Reilly and Jonesy’s exploding hockey stardom and Stewart getting ripped for a fight. Coupled with Wayne sitting in a shed for the first two episodes, it’s odd how much time feels wasted during this seven-episode season. I still laughed out loud at every episode, but something felt off for the first time. While it’s great to see the show explore characters a little deeper, it never feels like they dig far enough to justify the precious time spent.

Part of the social contract of abbreviated seasons is the promise not to waste time. When you only have seven episodes, you need to earn stretching your legs in a way a 12- or 20-episode season doesn’t need to. These pacing issues resolve themselves after episode two, but the difference at the beginning is noticeable.

The good news is season 8 only stumbles for a moment. By episode three, all the various plot threads have converged in a way that the pace picks up and allows for a return to the round-robin riffing that made Letterkenny famous. But the impact of these stories still reverberates through the remaining episodes, down to the finale which ends on yet another cliffhanger. If you thought season 7’s running plots were an experiment, season 8 makes it clear this is the new normal.

Change can be hard on longtime fans when it messes with a familiar formula. As a fan of Letterkenny since it was a YouTube series, I understand that feeling. While season 8 shows off some growing pains, the good news is this is still very much the show fans have come to love. Squirrely Dan is always ready in the wings to describe catching a finger during sex as a woman, “checking the direction of my wind.” Lettterkenny is still the same brilliant lowbrow comedy you once fell in love with. You just might not be able to drink eight beers while watching it and keep following along. 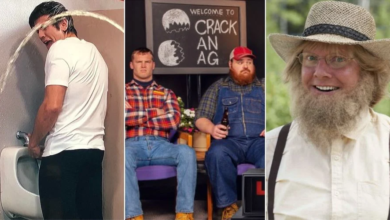 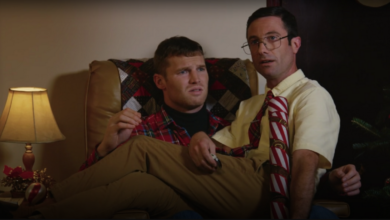 How Much Of Letterkenny Is Improvised Vs Scripted? The Cast Explains 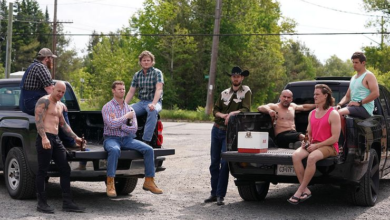 Only True Letterkenny Fans Can Name These 10 Side Characters 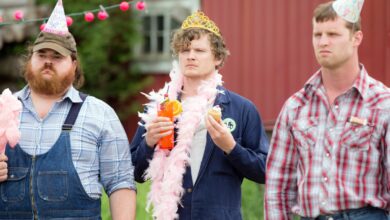