When people talk about the top sitcoms from the ‘90s, there are two shows that come up first and foremost, Friends and Seinfeld. With that in mind, it is fascinating to learn that for one brief moment, there was talk of a Friends/Seinfeld crossover.

Unfortunately, in the years since Seinfeld came to an end, one of the show’s most popular stars did something unforgivable. As a result, it makes perfect sense that some people may find it hard to enjoy Seinfeld the same way they did before that incident. Sadly, Jerry Seinfeld did something gross that also could make some fans look at the show in a different light.

Unlike a lot of different sitcoms, Seinfeld wasn’t ridiculously repetitive. As a result, the show’s fans got to see the series’ main characters in a lot of different lights during Seinfeld’s nine seasons. For example, Kramer was Seinfeld’s resident weirdo character but he also proved to be the most resourceful member of the show’s main group. On top of that Kramer was supremely confident most of the time but he also backed down in a lot of situations, especially when he was challenged to a fight.–

When it comes to Seinfeld’s titular character, Jerry also proved to have a lot of nuance over the years. For example, at first glimpse, Jerry seemed like the type of guy who would avoid conflict since his analytical nature meant he was all in his head. However, Jerry also proved to be a disturber of the peace on many occasions including the time he stole from a little old lady in the middle of a New York street.

While it was clear that Jerry Seinfeld the television character loved dissecting the minutiae of life, there was one thing he was more interested in, dating women. As a result, Jerry the character dated 73 different women throughout the show’s legendary run according to Wikipedia.

The Real Jerry Gets Gross

Throughout his time in the spotlight, Jerry Seinfeld has been surprisingly hard to interview. As a result, it shouldn’t come as a surprise to anyone that little is known about the celebrated comedian’s private life aside from the things he references on stage. Worse yet, Seinfeld has admitted that the things he says on stage can be lies as well. Given the fact that Jerry Seinfeld’s famous television character was so obsessed with dating women, some of his fans may assume that the comedian acts the same way in real life. However, from all accounts, Seinfeld is a one-woman man. Instead, there is something else about Seinfeld’s dating life that is gross.

Since it was so long ago at this point, almost everyone has forgotten that Jerry Seinfeld was at the center of a pretty big controversy in 1994. The reason for the controversy is that the press learned that when Seinfeld was 38-years-old, he met a young woman named Shoshanna Lonstein who was only 17-years-old at the time. Since then, Seinfeld has claimed that he only started dating the young woman once she turned 18-years-old. Whether that is true or not, the fact remains that Jerry clearly was attracted to a 17-year-old when he was almost 40-years-old which obviously is pretty gross.

After Jerry Seinfeld and his much younger girlfriend broke up, it was going to be hard for him to find another relationship that would be that controversial. Fortunately, when Jerry began dating the woman that would become his wife, the press didn’t report on the new couple nearly as much. However, that doesn’t mean that Jerry and Jessica Seinfeld’s relationship didn’t start on a controversial note.

When Jerry Seinfeld met his future wife, Jessica had just returned from a three-week honeymoon with her husband. Even though she had just walked down the aisle, Jessica left her first husband to get involved with Jerry. In the years since, Jessica has said that her first marriage was “irreparably broken” when she met Jerry and she had already begun the breakup process. For his part, Jessica’s ex-husband had a very different take on the situation as he claimed to be “manipulated, misled, and completely caught off guard by Jessica’s infidelity”. No matter which version of events is closest to the truth, Jerry and Jessica have been married for more than two decades and they have three kids together. 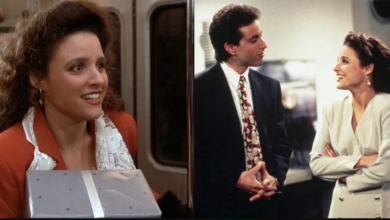 Seinfeld: 10 Quotes That Prove Elaine Was The Smartest 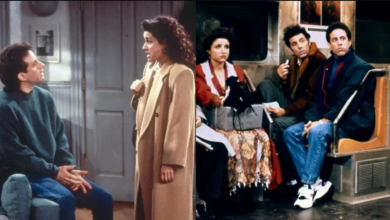 Seinfeld: 10 Quotes That Prove Jerry Was The Smartest