If you were a fan of the late ’90s supernatural hit Charmed or its recent reboot, you’ll know all about this iconic prop. The Book of Shadows is that big leatherbound tome the show’s witchy sisters use to find the perfect magic spell for every situation. They summon “the power of three” and read rhyming, sometimes Latin spells from the book’s pages in every single episode of the show – and the original ran for 8 SEASONS.

Charmed wasn’t just long-running, it was expensive to produce. Alyssa Milano (who played Phoebe Halliwell) reportedly made $90, 000 every episode. The network producing the show didn’t skimp on the props, either. The Book of Shadows prop? It’s worth a whopping $4 mil, according to one former cast member.

At A Charmed reunion in 2014, Rose spilled a lot of witchy tea about her time on the show. She sat on the panel of a cast Q&A and dished to fans all about how she likes doing all her own stunts, how her favorite bad guy on the show is half-human/half-demon Cole, and how the Book of Shadows used on set was valued at $4 million. (!)

She also said she took clothes and shoes from the set, which we really can’t blame her for. Remember those amazing early ’00s matching outfits? Like Justin and Britney’s double denim or basically anything Beyonce’s mom designed for Destiny’s Child, the Halliwell sisters had some truly magical coordinated looks.

The Book of Shadows Could Be Used for Real Wiccan Rituals

One reason for the massive price tag on the Book of Shadows is the market for potential buyers: it’s full of actual Wiccans who consider those types of items to be sacred. Charmed and the Wiccan religion have a lot in common, and the show doesn’t shy away from those connections. Its very first episode was titled “Something Wiccan This Way Comes”! As it turns out, The Book of Shadows’ idea was borrowed directly from modern-day Wicca practitioners.

According to Harmony Nice, a popular witchcraft YouTuber and author of Wicca: A Modern Guide to Witchcraft and Magick, a Book of Shadows is also traditionally called a ‘grimoire.’

“It’s sort of a Wiccan journal that one uses to document all the work and all your learnings throughout your whole entire Wiccan journey,” she explains in a video with over 1 million views. “This includes things like ritual work, spell work, potions, different types of magick, chance, divination, things about the holidays, your deities, your path, et cetera.”

With the Charmed fandom full of self-identified witches, druidists, and pagans, their are entire Etsy accounts and websites (looking at you, CharmedAndBound.com) dedicated to selling replicas of the Halliwell’s Book of Shadows. It’s unsurprising that the actual book used on the show could fetch a pretty penny.

It’s Not the Only Expensive ‘Charmed’ Prop

The original show has been off the air since 2006, but it’s kept a lot of fans and gained a whole generation of new ones via its reboot. eBay still sells a lot of signed photos of Charmed cast members for between $40 and $80, along with props like Charmed swords and potion bowls for upwards of $6,500.

For the more intensely serious Charmed fans, YourProps.com exists and offers everything from fake ancient Chinese coins once held by the Halliwells to belly rings from the show’s costume department. You can even buy the license plates form the motorcycle used in the bizarre season 7 episode, ‘Carpe Demon.’

It takes more than a spell to manifest the cold hard cash these sites are asking for. Maybe if you find some sisters you can make it happen? Or we could just rewatch the show instead. Power of three forever! 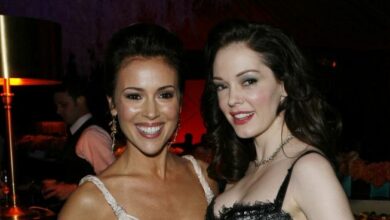 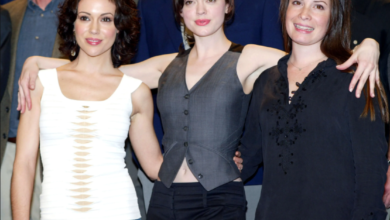 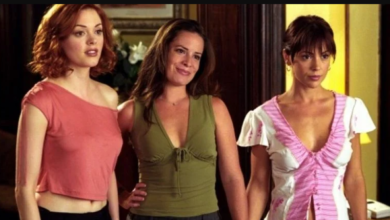 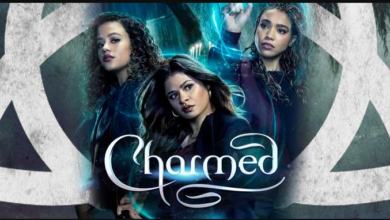 ‘Charmed’ Season 4: New Cast, Trailer, Release Date and Everything You Need to Know