Hailey Bieber shared with fans what some would consider quite the bold move. The star revealed just how big of a Kacey Musgraves fan she is, and that nothing would stop her from seeing the singer’s concert.

Hailey proved that no company was needed when it came to see the songstress perform. Kacey recently performed in New York City as part of her Star-Crossed tour, and for Hailey, having to go alone was no excuse to miss the show.

“Sometimes you just need to pull up by yourself to see @spaceykacey” wrote the model in her latest Instagram story.

Despite the lack of company, Haley undoubtedly had the best time, watching the show from high-up seats with a perfectly centered view.

Kacey performed her new album, which shares the same name as the tour, from a heart-shaped stage. Filming the singer and the sea of fans watching her, Hailey complimented Kacey, writing in another Instagram story: “A stunning angel.”

The bombshell skirted any rumors about her heavily-discussed marriage that might arise from her solo appearance, reposting an image of her husband Justin Bieber in a music studio with a slew of heart-eyes emojis to her Instagram stories as well.

Time and time again Hailey has proved she’s not afraid of either sporting bold looks or making bold plans. Her latest cover shoot for Wall Street Journal Magazine stunned fans, as Hailey dazzled in a variety of looks ranging from a retro skin-tight jumpsuit to androgynous and western-inspired outfits.

The cover story revealed the model’s latest venture, and how involved in the project she intends to be.

Hailey is expanding her resumé beyond modeling with a new skincare line, named Rhode, which is her middle name. She insists she’s going beyond the founder position and taking on all the roles possible, working on design to packaging and everything in between. WSJ Magazine commended her for this, writing: “Beneath the girl-next-door charm lies an astute businesswoman with a strong grasp of maintaining healthy boundaries.” 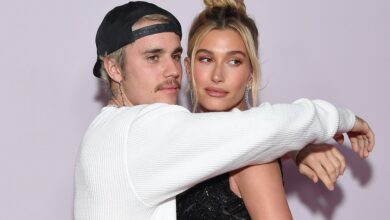 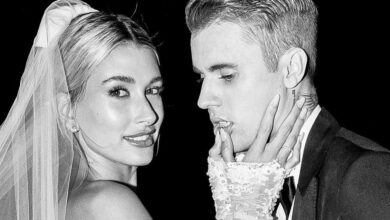 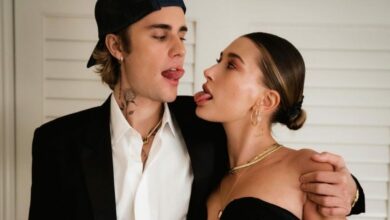