Norman Lear is a producer with few equals. He has a host of classic shows that have stood the test of time. And now a streaming giant has picked up several of his shows.

TVLine is reporting that Sony Pictures Television has struck a licensing deal with Amazon Prime and IMDb TV. The deal allows the streaming services to re-air hit shows such as All in the Family, 227, and Maude.

All in the Family, Maude, Good Times, and the original One Day at a Time will begin streaming Thursday, July 15, on IMDb TV. This is a major first, as Maude has never been available for stream. And it’s also the first time All in the Family’s complete 9 seasons will be available at once. Amazon Prime owns IMDb TV and, while it’s a free streaming service, it is ad-supported.

227 and Diff’rent Strokes will be on Amazon Prime also beginning Thursday. Some of Lear’s other shows such as The Jeffersons, Sanford & Son won’t be available until later in the year.

Norman Lear has created some of the most realistic yet comedies of all time. People struggle, sometimes characters die, but the struggles are always met with comedy, the only remedy of the pain. But getting these shows made wasn’t easy. Norman Lear had to fight with the studios and often his stars to get these programs on the air.

Earlier this year, Norman Lear was honored at the 2021 Golden Globes with the Carol Burnett Lifetime Achievement Award. The award is given to those who have “made outstanding contributions to television on or off the screen.” Past recipients have been Ellen DeGeneres and Carol Burnett herself.

“His career has encompassed both the Golden Age and Streaming Era, throughout which his progressive approach addressing controversial topics through humor prompted a cultural shift that allowed social and political issues to be reflected in television,” HFPA president Ali Sar said of Lear’s legacy, according to AP News.

There was no subject too taboo and topic off-limits in a Norman Lear production. He battled racism and sexism and took up liberal causes because he believed in them. He had a platform and he used it.

Now, he’s using what time he has left to inspire young people to go out and vote and help make what he fought for decades ago a reality, the 98-year-old told NPR earlier this year.

“To start with, it takes a passion and a devotion to the subject. And it’s a desire to pass that passion on — thinking of it as a lot of dry grass that’s just waiting for the spark — I think that’s as good a definition, as I’ve thought of anyway, as what showmanship is all about,” Lear said.

Tags
All in the Family 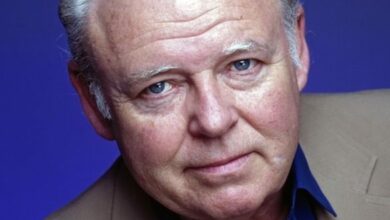 Happy Birthday Carroll O’Connor: Remembering the Man Behind ‘All in the Family’s Archie Bunker 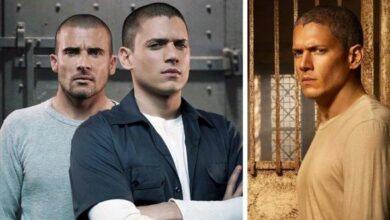 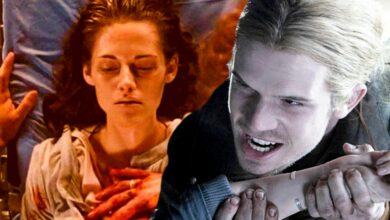 How Twilight’s Adaptations Made The Movies More Violent (& Better)