Rob Reiner is a celebrated film director and comedic actor. He rose to fame thanks to his role as Michael Stivic on “All in the Family” during the 1970s.

That person is Ron Howard. And, as fans will know, Howard starred in both “The Andy Griffith Show” and “Happy Days” during the acting portion of his entertainment career. He later chose to focus his energies behind the camera as a director. And, it was in that directorial role (so to speak) that he found his calling.

However, years later, Reiner, who himself returned to acting after his career took a more directorial path, gave Howard some advice about acting should the “Opie” and “Richie Cunningham” star ever decide to move in front of the camera once again.

It was during a 2015 interview on “The Dan Patrick Show” that Ron Howard shared details about the advice the former “All in the Family” star Rob Reiner once gave him.

“Now, I directed Rob Reiner about 10 or 12 years ago in something. He was a great actor, you know. … comedy actor,” Ron Howard said in 2015. “And, then became an outstanding A-list director of which he still is.

“But, he moves back and forth (between directing and acting). And, he told me, he said, ‘You ought to try (acting) again,” Howard recalled the “All in the Family” star saying. “Because you’d be surprised that some of that stuff will rub off on you.’ He said now that he acts he feels that he is much better than he was when he was, you know, sort of a younger actor who had not been around the people of this unbelievable caliber.”

In Addition to Sharing Advice from ‘All in the Family Star,’ Ron Howard Talked About Much More During Appearance on ‘The Dan Patrick Show’

Advice from “All in the Family’ star Rob Reiner was just one of many subjects Ron Howard discussed with Dan Patrick during his 2015 appearance on the journalist’s show.

Howard even looked way back into his past to his high school years with Patrick. And, he said even though he was famous, his fellow students weren’t always welcoming to him. In fact, his fame led to fights.

“How popular were you in high school?” Patrick asked Howard.

“I was famous. I was famous, too, but in a way that attracted fights,” Howard jokingly responded.

You can watch Ron Howard’s 2015 appearance on “The Dan Patrick Show” below. His conversation about being an actor and the advice he received from Rob Reiner of “All in the Family” fame begins around the 7:30 mark of the interview.

Tags
All in the Family 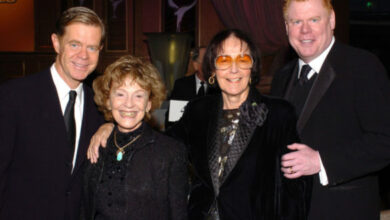 ‘It’s not good, I don’t know if we’re going to make it’: The chilling final phone call from migrant feared drowned to friend in Calais… how desperate crossing led to catastrophe leaving 27 dead 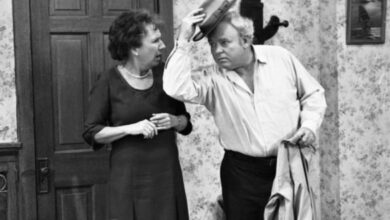 ‘All in the Family’ Star Carroll O’Connor Was Nearly Cast as the Skipper: Why He Wasn’t