The 2005-2009 series Prison Break returned with a revival series in 2017, set years after the original Prison Break finished. Prison Break season 5 reunited the original cast, with Lincoln (Dominic Purcell), Sara (Sarah Wayne Callies), T-Bag (Robert Knepper), C-Note (Rockmond Dunbar) and Sucre (Amaury Nolasco) teaming up together for yet another breakout scheme. The star of the show, Wentworth Miller, was also back as Michael Scofield – which could be a little confusing, considering that Scofield died in the original series.

The premiere of Prison Break season 5 even starts with Miller’s distinctive voice, saying “I died seven years ago” followed by a speech on freedom, before the episode gets going with Lincoln’s discovery that his brother may still be alive and stuck in a Yemen prison. So how is this possible? The Prison Break universe isn’t one with magic or supernatural powers, so the question of how Prison Break season 5 could see a dead man could turn up alive in a middle eastern jail after seven years is an important one to consider.

As the series’ name implies, Prison Break features plenty of daring escapes, many of which are orchestrated by Scofield himself. Thus, if anyone were to make a miraculous comeback after a carefully planned fake death, it would be Michael. Here’s how Michael’s death in Prison Break happened, and how it was undone in Prison Break season 5.

Michael’s Illness: What Kills Him In Prison Break

Michael Scofield spent Prison Break seasons 1-3 in seemingly perfect health – Michael’s perfect health was even an issue in Prison Break season 1, when he had to trick Sara into believing that he was diabetic to gain regular access to the infirmary. However, Prison Break season 4 threw Michael Scofield a nasty twist, as it was discovered that he was dying. Michael started to get nosebleeds and severe headaches, even passing out from the pain. At first, Michael hid his deteriorating health from Lincoln and Sara, but eventually, they found out, and Lincoln was appalled. He mentioned Michael’s teen years, and their mother’s health issues, revealing that their mother had had similar problems before dying at 31 from an aneurysm. Michael, now at the same age that his mother was when she died, is taken to a hospital and diagnosed with hypothalamic hamartoma; a brain tumor requiring immediate surgery. However, he refuses to get the surgery, as he is too busy dealing with Prison Break antagonist, The Company, and the conspiracy that he, Lincoln, and Sara are attempting to uncover.

For a while during Prison Break season 4, Michael gets Sara to treat him, just enough for him to continue their work. However, he collapses while attempting to take Scylla (the information that everyone wants), and The Company kidnaps him and takes him to their facility. There, they explain to Lincoln and Sara that they can treat him, and their medical research is far more advanced than that available to the general public. They promise to operate and save Michael, but only if Lincoln retrieves Scylla for them.

The Company operates on Michael, using an experimental procedure that has worked in the past, but that is still largely untested. As Sara watches, he starts to flatline, before a mysterious serum is injected into his brain, allowing him to recover. The procedure actually helps Michael, as it allowed him to understand elements of Prison Break’s original central conspiracy that he didn’t before, and after he recovers enough to escape, he and Sara flee the company, believing Michael’s death to be averted, as he seems to be cured.

Michael’s Sacrifice In The Final Break

It is only in The Final Break, a TV movie special that wrapped up Prison Break seasons 1-4, that Michael Scofield dies (allegedly). In The Final Break, it is Sara who ends up in prison, arrested on her wedding day for a murder she committed to save Michael. Once again, Michael Scofield has to come up with a plan to break someone he loves out of prison. The plan involved Michael first sneaking into the prison, and then leading Sara out through underground tunnels to freedom. At the end of the tunnel, however, there is a locked door, trapping them both inside. This is what ultimately kills Michael and ends his Prison Break Odyssey. Michael reveals that he knew this was a possibility, and that he can open the door by creating a power surge to override the mechanism. It’s not a perfect solution though, as the surge will electrocute and kill him. In an emotional goodbye, Michael tells Sara that he will always be with her in their child, and brings two wires together, opening the door and going down in a shower of sparks.

During Prison Break‘s finale, Sara is given a letter and DVD from Michael, who wanted her to have it in case he didn’t make it. The message tells Sara and Lincoln that Michael would have died anyway, as The Company didn’t actually cure him, just delayed his death for a little while longer. He said that he has no regrets, and that now they are all, finally, ‘free’.

Why Prison Break Killed Michael Off

Michael Scofield’s tragic death in Prison Break season 4’s finale movie was a blow to the show’s characters and viewers alike, but it wasn’t for no good reason. Although 2017 saw Prison Break’s revival series come to fruition, this possibility wasn’t a foregone conclusion back in 2009. Thus, Prison Break’s writers would naturally have been looking for a way to give the show a fitting conclusion and finally end the cycle of imprisonment and prison-breaking that Michael Scofield and company had fallen into. While Michael Scofield’s death in the Prison Break finale was a brutal means of offering closure, it does feel like a natural conclusion to his character arc. Having been through so much, offering Michael the opportunity to make a grand gesture of love for his family is a cathartic release. Likewise, while Michael Scofield himself rarely pulled the trigger in Prison Break seasons 1-4, he did commit crimes and indirectly led to others getting hurt, thus making his death an atonement of sorts, too.

Naturally, the question of how Michael Scofield is still alive in Prison Break season 5 arose as soon as the revival series announced Wentworth Miller would return as the main character. Likewise, Prison Break season 5’s opening narration and the revelation that Michael was stuck in a Yemen prison prompted the question of how he survived. In true Prison Break fashion, the answer comes back to conspiracy and espionage. It’s revealed in Prison Break season 5 episode 5 that Michael’s death in The Final Break was indeed staged. Shortly before his and Sara’s wedding, Michael was approached by a rogue CIA agent, Poseidon, who asked Michael to fake his death and come work for him in exchange for his family’s freedom. Michael’s initial refusal is what led to Sara being arrested in The Final Break, which motivated him to then accept Poseidon’s offer and go off the grid. This explanation for Michael Scofield’s death-defying return in Prison Break season 5 thus neatly supplies the reasoning for both his death being faked and his seven-year absence. 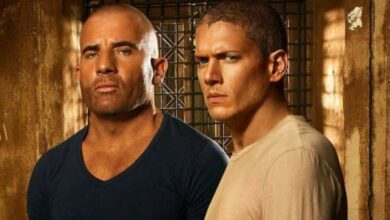 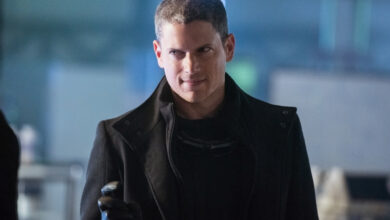 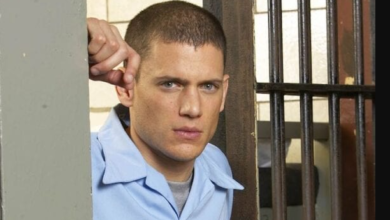 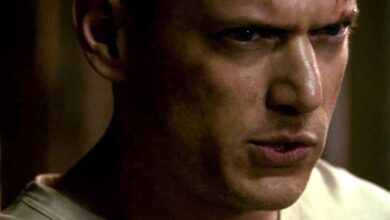