Gov. Greg Abbott has enlisted 82-year-old actor Chuck Norris to star in a public service announcement promoting the state’s suspicious-activity reporting system iWatchTexas, as children across the state return to school with the memory of the Uvalde mass shooting fresh on many families’ minds.

Launched in 2018, the iWatchTexas mobile app and website allows members of the public to report suspicious activity related to criminal, terroristic, and school safety threats.

Abbott is seeking to raise awareness of the system as schoolhouse doors reopen, launching the new PSA with Norris on Wednesday in television media markets across the state.

Norris has had a decadeslong career starring in high-profile action and martial arts films, and is perhaps best known for his role as Texas Ranger Cordell Walker in the television series “Walker, Texas Ranger,” which ran from 1993 to 2001.

“Parents, teachers, and students deserve to feel safe and secure returning to school this fall, and who better to help spread the message about the iWatchTexas reporting system than ‘Texas Ranger’ Chuck Norris,” Abbott said in a news release.

“We ask Texans to utilize iWatchTexas to report nearby suspicious activity to help our law enforcement quickly and effectively respond to any criminal, terroristic, or school safety threats. If you see something, say something and together we can protect our children, teachers, and communities.”

In the 30-second PSA, Norris says: “I love bringing bad guys to justice.  But law enforcement can’t stop the bad guys if they don’t know who they are. That’s why I wanted to tell you about iWatch, a website, phone app and service that allows Texans to report suspicious activity. Whether it’s criminal acts, terror threats, or someone wanting to harm children, if you see something, say something, and help keep communities in the great state of Texas safe.”

In the wake of the Uvalde school shooting, which left 19 fourth graders and two teachers dead, Abbott has focused on increasing access to mental health resources and tightening school safety standards in an effort to prevent future school shootings. He has shrugged off calls to bring lawmakers back to Austin for a special legislative session to draft new laws addressing school safety and has ignored pleas to limit gun access.View Comments 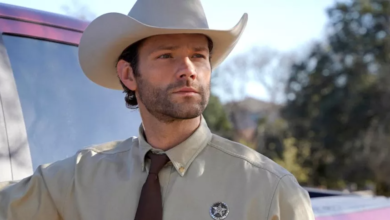 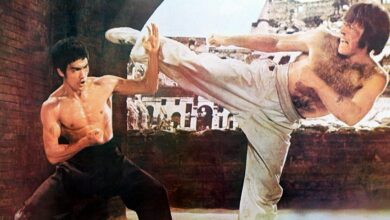 Bruce Lee vs Chuck Norris: Did They Actually F𝘪ġht In Real Life?