For this segment of “Identify My Guns,” we have another firearm offered up by one of our TFB readers. If you have an older firearm you would like identified, a potential value ascertained or more history gathered, feel free to comment at the end of this article. We will try to cover as many as we possibly can. So far that is what has kept this new feature running on TFB. A special thank you to Andrew for providing pictures of his AMT Automag II .22 Rimfire Magnum pistol. Andrew commented in our last “Identify My Guns” so we are going to dig deeper on his AMT!

Like many companies that have survived the roller-coasters of markets and time, AMT has changed hands a few times over the years. Depending on what model you may own and from what time period, it could have a different origin throughout the United States.

This is not a perfect timeline of AMT’s history, but it will give you a good idea of who was making what firearms when.

Since we are examining Andrew’s pistol that is an AMT Automag II .22 Rimfire Magnum, and the original AMT Automag II was produced from 1987 – 2001, we could date his as likely being a true-blue AMT. Also, his pistol does have Irwindale, CA stamped on the slide as a dead giveaway (but it can be fun to sleuth for our facts as well). A lot of the specifications we will present are pretty obvious (we are not assuming Andrew or any readers do not know a lot of this), but we want to provide a full picture of the pistol at hand. The .22 Rimfire Magnum cartridge that is stamped on the side of the slide is not some long-forgotten, rare rimfire round you have not heard. Simply, just different jargon for .22 WMR or .22 Magnum or .22 Winchester Magnum Rimfire. A lot of the other specs are as follows: At the time the AMT Automag II .22 Rimfire Magnum was in active production, the MSRP was benchmarked at $845. Considering the period of manufacture, that was quite a bit of money. Heck! It still is today, but these had curb appeal and more importantly were highly-accurate.

These were not a flawless or perfect pistol though. Partly why they have had difficulty remaining in consistent production throughout history.

Andrew, the TFB reader who offered up this pistol for us to dive deeper into, had these words to share about his pistol:

It’s extremely picky with ammunition but capable of impressively precise shooting. The trigger is nice and crisp, and the gun is furnished with a manual safety blocking the hammer. It sports a heel mag release as well. Andrew’s anecdotal evidence is actually a perfect summary of what a lot of the Automag pistols were for consumers. A lot of them were plagued with reliability issues in regards to being “ammo queens” and only wanting to shoot certain ammo. Once you found a flavor that did cycle and function well, they shot magically. The trigger was short and crisp making it a great league or target pistol. The magazine release was on the heel of the grip similar to many High-Standards and Colt rimfire pistols from that era.

The one comment Andrew made about his slide not consistently locking open on an empty magazine could be attributed to a few causes. If the magazine’s spring has poor spring tension and is wore out it may not apply enough pressure to the slide lock; thus, not locking open the slide like it should. A second possibility is the slide lock may be rounded and wore from extensive shooting. This would mean a crisp lock up or contact does not occur between the slide lock and the notch for the slide lock on the slide itself.

I do not know if that would be a make-or-break occasional failure for Andrew, but Brownells or Numrich are great resources if a new magazine or slide lock piece are in need of replacement. The value of all Automag pistols, not just Andrew’s specific model, can be highly variable. Because of Dirty Harry’s use of an Automag in “Sudden Impact” from 1983 and Burt Reynolds in “Malone” from 1987, Automag pistols experienced a renaissance period of really high values from the silver screen exposure.

For the most part, the values have returned to a consistent or normal level, but its interesting what Clint Eastwood or Burt Reynolds can do for a brand.

Currently, Andrew’s AMT Automag II .22 Rimfire Magnum would fetch $400 – $500 if he were to entertain the idea of selling it. 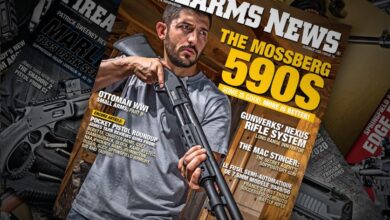 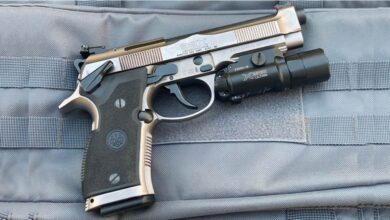 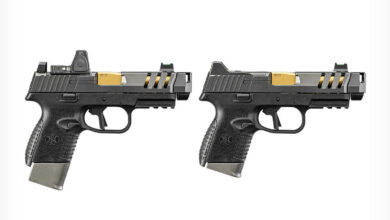 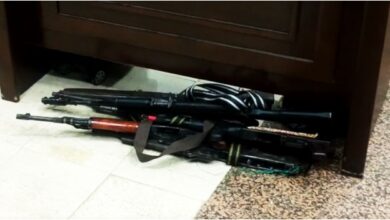