Life in the apocalypse hasn’t been easy for Jeffrey Dean Morgan.

In March, Morgan, who has played the reformed “The Walking Dead” antagonist Negan on the series since the season six finale, revealed in Twitter replies to fans that he “broke” his foot “ages ago” while working.

“Just didn’t want to go to hospital and risk covid. Finally went…yup. It’s broke,” Morgan tweeted in March. “Nothing I can really do until I’m home. All good. Been working entire time. I only cry like… 3 times a day. Maybe 4.”

For months, fans have checked in on the star on social media as he put off surgery and finished filming “TWD,” which shot for roughly 17-to-18 months straight to accommodate its expanded final 11th season instead of a usual six-month shoot.

When we asked Morgan on the show’s finale red carpet to tell us how he broke his foot, he told Insider it wasn’t just one foot that had been injured.

“Both feet,” Morgan told Insider of injuring himself while filming. He wasn’t initially aware they were broken.

“I think I had, honestly, just shoes that weren’t very good and just jumping, landing a few times,” Morgan said of what happened. “It started off as kind of nothing, a hairline fracture. And then it got worse. The bones in my heel aren’t smooth anymore.”

“I was gonna have surgery in between the series and the new show,” Morgan said of when “TWD” wrapped at the end of March before his spin-off with Lauren Cohan, “The Walking Dead: ‘Dead City,'” began filming. “I had like three months and I went to Spain to do a commercial.”

However, Morgan told us in that time frame, he had a hernia, which he had surgery for in May instead of one of his feet. In May, he shared a photo of himself recovering, but never revealed why he had surgery.

This isn’t the first time Morgan or one of the other cast members has sustained an injury on the show’s set.

Morgan told E! News in 2017 that Andrew Lincoln broke his nose when he punched him during a fight scene in season eight. On the show’s final season, Norman Reedus suffered a concussion on the finale set.

Of the series’ conclusion and what it meant for him to be a part of the show, Morgan said, “It meant the world.”

“The journey that I went on with my kids and my wife was an amazing journey. To be enveloped by these people, and the world, because of this show is something that will never be duplicated, ever,” he added.

Morgan is one of several “TWD” stars to get his own spin-off series, “Dead City.”

“We just finished the first season of it,” Morgan said of the upcoming series, which is set to debut on AMC and AMC+ next spring. “It’s good. I feel really good about it.”

“Over the course of the last seven years, I haven’t had a ton of stuff with Lauren,” Morgan said, adding, “There hasn’t been a lot of us talking about each other and not liking each other — some stuff in the last season. But really having a chance to work with her like I did on this was awesome. I think we did some really cool stuff. I think the audience is gonna love it.” 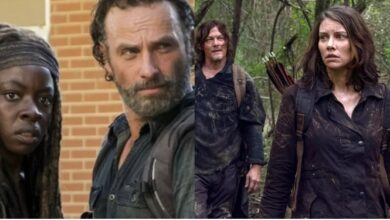 10 The Walking Dead Opinions Worth Fighting For, According To Reddit 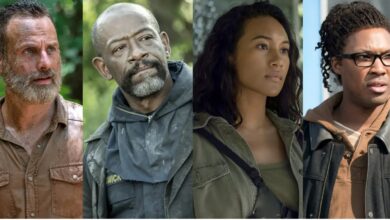 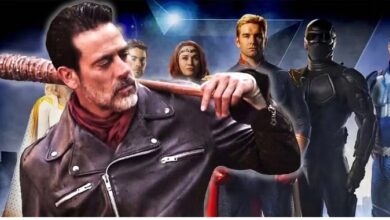 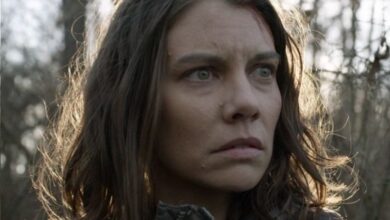